There is a nice game you can have this week for just 13.59 euros, a fair price for this title, which is called the Offworld Trading Company. Normally, it's for 39.99, which I wouldn't pay for it, so, if you are reading this after the Steam sale, I guess you want to stop here... :D

It's a pretty colorful game in which you get mines and factories on Mars that produce about 15 different resources like food, oxygen, steel or electronics and you make money by selling them. There are three computer/human competitors doing the same and the win state is to buy all of them off. And that's pretty much it. You are very limited in amount of tiles for the buildings you can get, so you need to make a decision what to produce and what to buy – you don't need to have all the resources, you can buy them for the market price, instead of wasting a tile claim.

In addition, you can sabotage your opponents somehow and they can sabotage you, there are auctions where you compete on patents, those are basically just a unique advantage lowering some costs or protecting against various methods of sabotage. You can also invest resources into improving your production plus few other mechanics. The 4 factions in the game are all slightly different, as in one of them gets more tile claims while other does not consume food and water, because they are robots and so on.

One game does last something between 30 minutes to an hour, it appears. It's no Civilization taking many many hours to finish one game. Which is not a bad thing. The game also tries to be somewhat funny, there are jokes explicitly targeting Donald Trump, for example. That is probably not going to age that well, but you're probably not going to play this in ten years anyway. 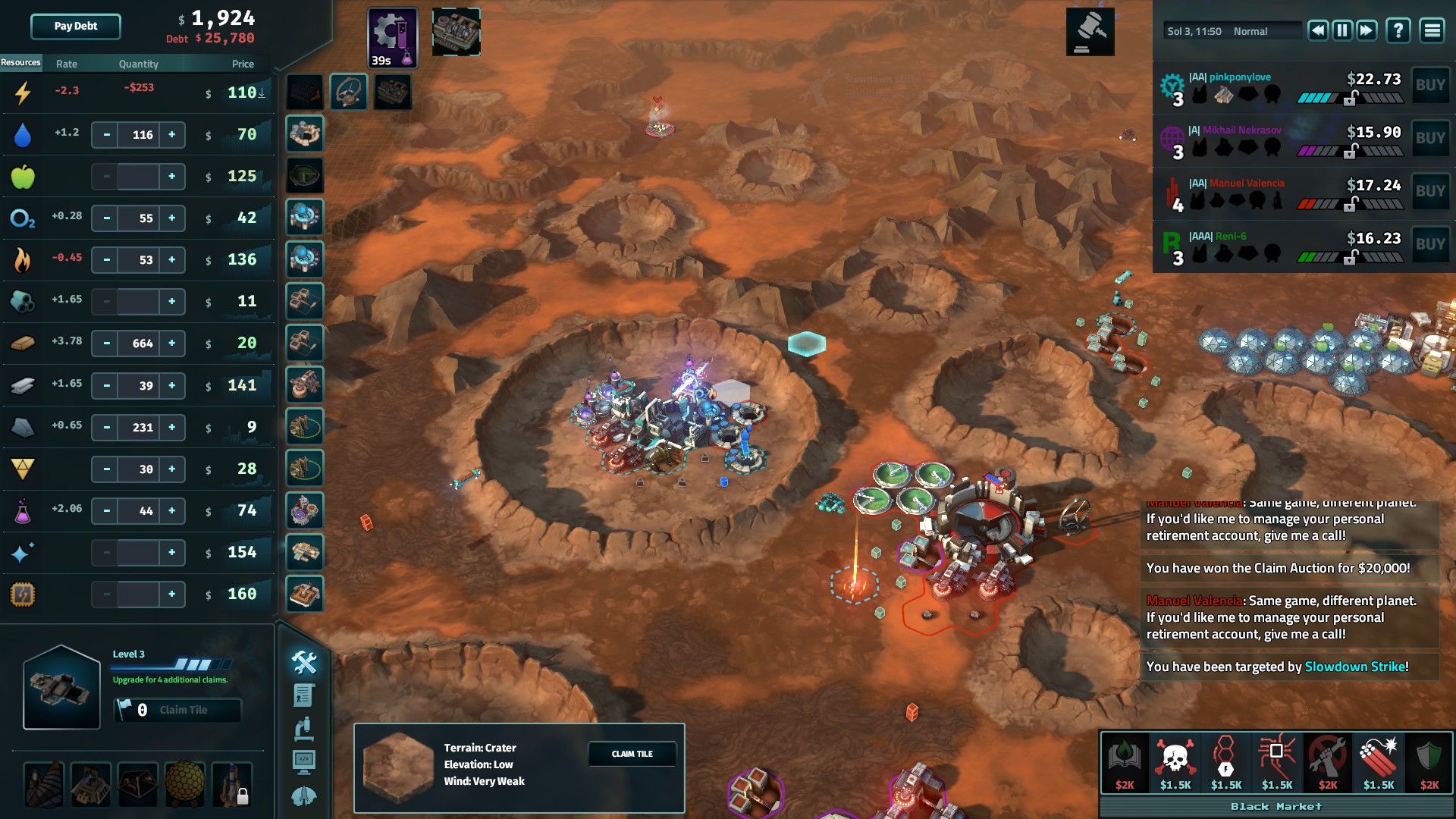 And in essence, that's really what's there. Which is why I make this tip because the game is just 13.59 euros :) There are few problems, like the hostile take over of your company coming often simply out of the blue. You only can judge your opponents by their stock price, but you don't really know how close to buying you they are, and it really happens without any warning, instantly. Also, the prices fluctuate a lot during the play, so while electronics may have looked like a safe bet in the beginning, in the end they are consistently worth nothing. It's a bit random. (Or maybe I'm just very bad, also quite possible.)

The popular series of game reviews continue! Provided you read popular as made for people to like it, not them actually liking it. Anyway. This time, the game is rather indie and it's even in early access on Steam, link here [https://store.steampowered.com/app/1124180/Rail_Route/]. It
So, I got one, few months ago already, and now I figured I may write something about it, because of course everyone is so curious about this thing, right? hardware, what you buy Let's go over the hardware first. So, the laptop is light, quite thin and generally looks much